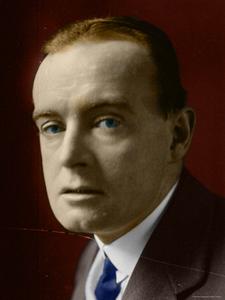 Hector Hugh Munro (18 December 1870 – 14 November 1916), better known by the pen name Saki and also frequently as H. H. Munro, was a British writer whose witty, mischievous and sometimes macabre stories satirize Edwardian society and culture. He is considered by English teachers and scholars as a master of the short story, and often compared to O. Henry and Dorothy Parker. Influenced by Oscar Wilde, Lewis Carroll and Rudyard Kipling, he himself influenced A. A. Milne, Noël Coward and P. G. Wodehouse.Besides his short stories (which were first published in newspapers, as was customary at the time, and then collected into several volumes), he wrote a full-length play, The Watched Pot, in collaboration with Charles Maude; two one-act plays; a historical study, The Rise of the Russian Empire (the only book published under his own name); a short novel, The Unbearable Bassington; the episodic The Westminster Alice (a parliamentary parody of Alice in Wonderland); and When William Came, subtitled A Story of London Under the Hohenzollerns, a fantasy about a future German invasion and occupation of Britain.
Read more or edit on Wikipedia