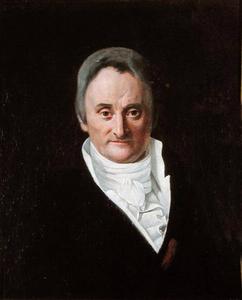 Philippe Pinel (French: [pinɛl]; 20 April 1745 – 25 October 1826) was a French physician who was instrumental in the development of a more humane psychological approach to the custody and care of psychiatric patients, referred to today as moral therapy. He also made notable contributions to the classification of mental disorders and has been described by some as "the father of modern psychiatry". An 1809 description of a case that Pinel recorded in the second edition of his textbook on insanity is regarded by some as the earliest evidence for the existence of the form of mental disorder later known as dementia praecox or schizophrenia, although Emil Kraepelin is generally accredited with its first conceptualisation.
Read more or edit on Wikipedia

Direct intracranial, FMRI, and lesion evidence for the causal role of left inferotemporal cortex in reading ( 2006 )

Interactions between number and space in parietal cortex ( 2005 )

Tuning Curves for Approximate Numerosity in the Human Intraparietal Sulcus ( 2004 )

Principles underlying the design of "The Number Race", an adaptive computer game for remediation of dyscalculia ( 2006 )