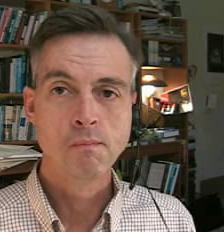 Robert Wright (born January 15, 1957) is an American journalist and author who writes about science, history, politics, and religion. He has written five books: Three Scientists and Their Gods: Looking for Meaning in an Age of Information (1988), The Moral Animal (1994), Nonzero: The Logic of Human Destiny (1999), The Evolution of God (2009), and Why Buddhism is True (2017). As of 2019, Wright is a Visiting Professor of Science and Religion at Union Theological Seminary, New York. He is the co-founder and editor-in-chief of Bloggingheads.tv and the founder and editor-in-chief of Meaningoflife.tv.
Read more or edit on Wikipedia