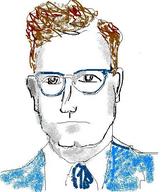 Charles Wright Mills (August 28, 1916 – March 20, 1962) was an American sociologist, and a professor of sociology at Columbia University from 1946 until his death in 1962. Mills published widely in both popular and intellectual journals, and is remembered for several books, such as The Power Elite, White Collar: The American Middle Classes, and The Sociological Imagination. Mills was concerned with the responsibilities of intellectuals in post–World War II society, and he advocated public and political engagement over disinterested observation. One of Mills's biographers, Daniel Geary, writes that Mills's writings had a "particularly significant impact on New Left social movements of the 1960s era." It was Mills who popularized the term New Left in the US in a 1960 open letter, "Letter to the New Left". Source: Wikipedia (en)