Sean Michael Carroll (born October 5, 1966) is a theoretical physicist specializing in quantum mechanics, gravity, and cosmology. He is a research professor in the Department of Physics at the California Institute of Technology. He has been a contributor to the physics blog Cosmic Variance, and has published in scientific journals such as Nature as well as other publications, including The New York Times, Sky & Telescope, and New Scientist. He has appeared on the History Channel's The Universe, Science Channel's Through the Wormhole with Morgan Freeman, Closer to Truth (broadcast on PBS), and Comedy Central's The Colbert Report. Carroll is the author of Spacetime And Geometry, a graduate-level textbook in general relativity, and has also recorded lectures for The Great Courses on cosmology, the physics of time, and the Higgs boson. He is also the author of four popular books: From Eternity to Here about the arrow of time, The Particle at the End of the Universe about the Higgs boson, The Big Picture: On the Origins of Life, Meaning, and the Universe Itself, and Something Deeply Hidden about the foundations of quantum mechanics. He began a podcast in 2018 called Mindscape, in which he interviews other experts and intellectuals on a variety of science-related topics.
Read more or edit on Wikipedia

From Eternity to Here 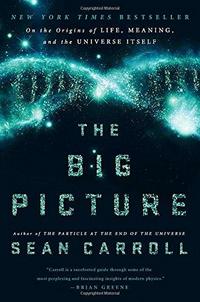 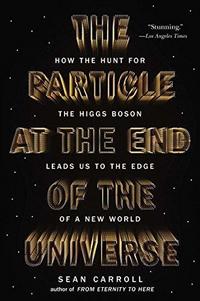 Particle at the End of the Universe 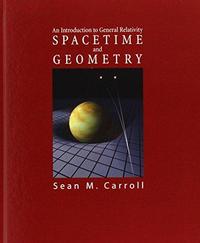 Is There Evidence for Cosmic Anisotropy in the Polarization of Distant Radio Sources? ( 1997 )

Is cosmic speed-up due to new gravitational physics? ( 2004 )

Limits on a Lorentz- and parity-violating modification of electrodynamics ( 1990 )