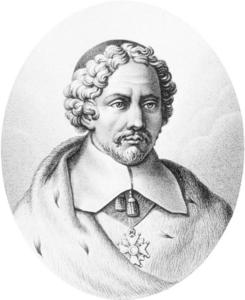 Joseph Pitton de Tournefort (5 June 1656 – 28 December 1708) was a French botanist, notable as the first to make a clear definition of the concept of genus for plants. Botanist Charles Plumier was his pupil and accompanied him on his voyages.
Read more or edit on Wikipedia