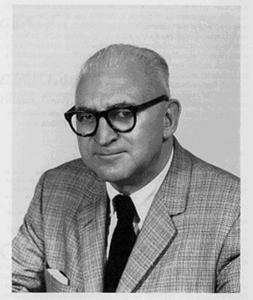 Harold Dwight Lasswell (February 13, 1902 – December 18, 1978) was an American political scientist and communications theorist. He earned his bachelor's degree in philosophy and economics and was a PhD student at the University of Chicago. He was a professor of law at Yale University. He studied at the Universities of London, Geneva, Paris, and Berlin in the 1920s . He served as president of the American Political Science Association (APSA), of the American Society of International Law and of the World Academy of Art and Science (WAAS). He has been described as a "one-man university" whose "competence in, and contributions to, anthropology, communications, economics, law, philosophy, psychology, psychiatry and sociology are enough to make him a political scientist in the model of classical Greece."According to a biographical memorial written by Gabriel Almond at the time of Lasswell's death and published by the National Academies of Sciences in 1987, Lasswell "ranked among the half dozen creative innovators in the social sciences in the twentieth century." At the time, Almond asserted that "few would question that he was the most original and productive political scientist of his time." Areas of research in which Lasswell worked included the importance of personality, social structure, and culture in the explanation of political phenomena. Lasswell was associated with the disciplines of communication, political science, psychology, and sociology – however he did not adhere to the distinction between these boundaries but erased the lines drawn to divide these disciplines.
Read more or edit on Wikipedia 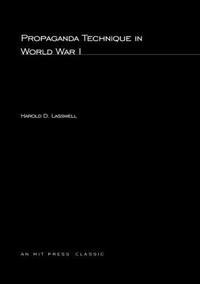 Propaganda Technique In World War I