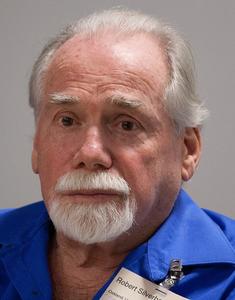 Robert Silverberg (born January 15, 1935) is an American author and editor, best known for writing science fiction. He is a multiple winner of both Hugo and Nebula Awards, a member of the Science Fiction and Fantasy Hall of Fame, and a Grand Master of SF. He has attended every Hugo Awards ceremony since the inaugural event in 1953.
Read more or edit on Wikipedia