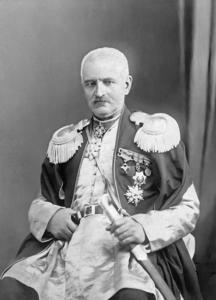 Mirza Fatali Akhundov (Azerbaijani: Mirzə Fətəli Axundov; Persian: میرزا فتحعلی آخوندزاده‎), also known as Mirza Fatali Akhundzade or Mirza Fath-Ali Akhundzadeh (12 July 1812 – 9 March 1878), was a celebrated Iranian Azerbaijani author, playwright, ultra-nationalist, philosopher, and founder of Azerbaijani modern literary criticism, "who acquired fame primarily as the writer of European-inspired plays in the Azeri Turkic language". Akhundzade singlehandedly opened a new stage of development of Azerbaijani literature. He was also the founder of materialism and atheism movement in the Republic of Azerbaijan and one of forerunners of modern Iranian nationalism. He wrote in Azerbaijani, Persian and Russian. According to the historian and political scientist Zaur Gasimov, the entirety of Akhundzadeh's intellectual landscape was "densely entangled with Persian thought". Akhundzadeh defined his kinsmen as Turki but at the same time considered Iran as his fatherland.
Read more or edit on Wikipedia 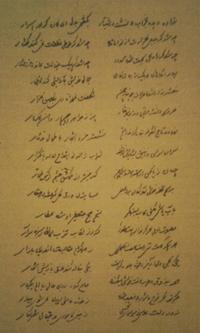 Eastern poem on the death of Pushkin 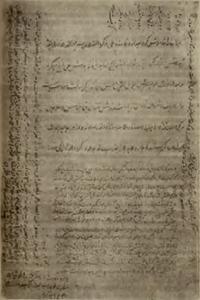 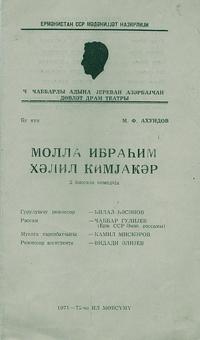