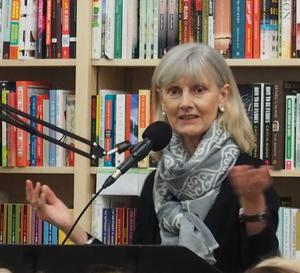 Jacqueline Winspear (born 30 April 1955) is a mystery writer, author of the Maisie Dobbs series of books exploring the aftermath of World War I. She has won several mystery writing awards for books in this popular series.
Read more or edit on Wikipedia