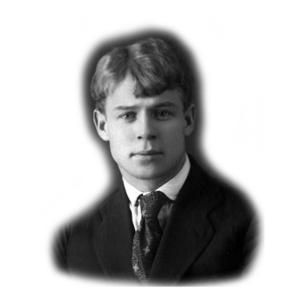 Sergei Alexandrovich Yesenin (Russian: Сергей Александрович Есенин, IPA: [sʲɪrˈɡʲej ɐlʲɪkˈsandrəvʲɪtɕ jɪˈsʲenʲɪn]; {{OldStyleDate|3 October|1895 21 September – 28 December 1925), sometimes spelled as Esenin, was a Russian lyric poet. He is one of the most popular and well-known Russian poets of the 20th century, known for "his lyrical evocations of and nostalgia for the village life of his childhood – no idyll, presented in all its rawness, with an implied curse on urbanisation and industrialisation."
Read more or edit on Wikipedia