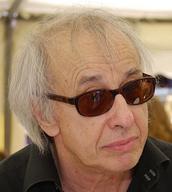 Jean-Pierre Milovanoff (born 1940, in Nîmes) is a French writer, laureate of several literary prizes Milovanoff's father was born in Russia and left his country in 1919; His mother is of Provencal origin. He studied letters at Montpellier and at the Sorbonne. He is a radio producer at France Culture and lived successively in Paris, Montpellier and Copenhagen. His first novel La Fête interrompue was published in 1970. He wrote three collections of poems entitled Borgo Babylone, La Ballade du lépreux et Noir devant. In 1997, Jean-Pierre Milovanoff received the prix Goncourt des lycéens for his novel le Maître des paons. He resides in Génolhac. Source: Wikipedia (en)