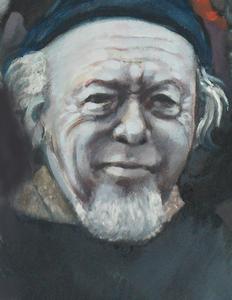 Jean Milo was the pseudonym of Belgian author and artist Émile Van Gindertael. He was born in Saint-Josse-ten-Noode en 1906 and died in 1993 in Rixensart. He was also a painter, poet, essayist and novelist.
Read more or edit on Wikipedia