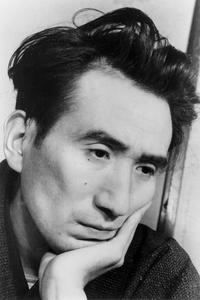 Osamu Dazai (太宰 治, Dazai Osamu, June 19, 1909 – June 13, 1948) was a Japanese author who is considered one of the foremost fiction writers of 20th-century. A number of his most popular works, such as The Setting Sun (Shayō) and No Longer Human (Ningen Shikkaku), are considered modern-day classics. With a semi-autobiographical style and transparency into his personal life, Dazai's stories have intrigued the minds of many readers. His influences include Ryūnosuke Akutagawa, Murasaki Shikibu and Fyodor Dostoyevsky. While Dazai continues to be widely celebrated in Japan, he remains relatively unknown elsewhere, with only a handful of his works available in English. His last book, No Longer Human, is his most popular work outside of Japan.
Read more or edit on Wikipedia