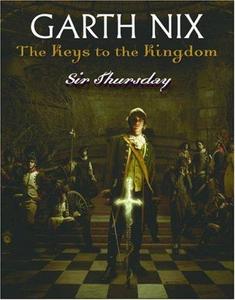 Sir Thursday is a young adult fantasy novel written by Australian author Garth Nix. It is the fourth book in the The Keys to the Kingdom series, and was released in March 2006. Sir Thursday continues from the preceding book, following the adventures of a boy named Arthur as he attempts to claim mastership of the fourth part of a magical world. As with the other books in the series, the theme of 'seven' is prevalent, along with the themes of sin and virtue. The book received generally favourable critical response, but was criticised for a slow pace, among other issues.
Read more or edit on Wikipedia