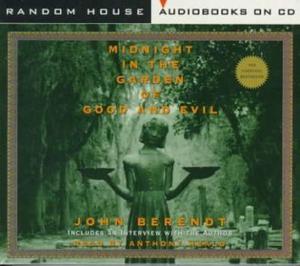 Midnight in the Garden of Good and Evil

Midnight in the Garden of Good and Evil is a non-fiction novel by John Berendt. The book, Berendt's first, was published in 1994 and follows the story of an antiques dealer on trial for the murder of a male prostitute. Subtitled A Savannah Story, with an initial printing of 25,000 copies, the book became a New York Times Best-Seller for 216 weeks following its debut and remains the longest-standing New York Times Best-Seller.The book was subsequently made into Clint Eastwood's 1997 film adaptation, with several characters' names changed to protect their privacy.
Read more or edit on Wikipedia