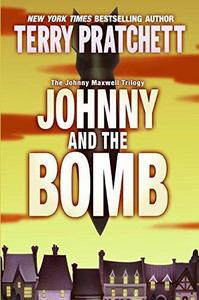 Johnny and the Bomb

Johnny and the Bomb is a 1996 novel by Terry Pratchett. It is the third novel to feature Johnny Maxwell and his friends, and deals with the rules and consequences of time travel. The first two novels in the Johnny Maxwell Trilogy are Only You Can Save Mankind (1992) and Johnny and the Dead (1993). The action of the novel revolves around an incident during World War II in which Johnny's inoffensive home town of Blackbury was hit by a bomb during an air raid intended for an industrial complex at another nearby town. It is this bomb, and not nuclear weapons, to which the title refers.
Read more or edit on Wikipedia