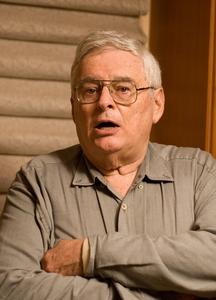 Jerry Alan Fodor (; April 22, 1935 – November 29, 2017) was an American philosopher and the author of many crucial works in the fields of philosophy of mind and cognitive science. His writings in these fields laid the groundwork for the modularity of mind and the language of thought hypotheses, and he is recognized as having had "an enormous influence on virtually every portion of the philosophy of mind literature since 1960." Until his death in 2017 he held the position of State of New Jersey Professor of Philosophy, Emeritus, at Rutgers University. Fodor was known for his provocative and sometimes polemical style of argumentation. He argued that mental states, such as beliefs and desires, are relations between individuals and mental representations. He maintained that these representations can only be correctly explained in terms of a language of thought (LOT) in the mind. Furthermore, this language of thought itself is an actually existing thing that is codified in the brain and not just a useful explanatory tool. Fodor adhered to a species of functionalism, maintaining that thinking and other mental processes consist primarily of computations operating on the syntax of the representations that make up the language of thought. For Fodor, significant parts of the mind, such as perceptual and linguistic processes, are structured in terms of modules, or "organs", which he defines by their causal and functional roles. These modules are relatively independent of each other and of the "central processing" part of the mind, which has a more global and less "domain specific" character. Fodor suggests that the character of these modules permits the possibility of causal relations with external objects. This, in turn, makes it possible for mental states to have contents that are about things in the world. The central processing part, on the other hand, takes care of the logical relations between the various contents and inputs and outputs.Although Fodor originally rejected the idea that mental states must have a causal, externally determined aspect, in his later years he devoted much of his writing and study to the philosophy of language because of this problem of the meaning and reference of mental contents. His contributions in this area include the so-called asymmetric causal theory of reference and his many arguments against semantic holism. Fodor strongly opposed reductive accounts of the mind. He argued that mental states are multiple realizable and that there is a hierarchy of explanatory levels in science such that the generalizations and laws of a higher-level theory of psychology or linguistics, for example, cannot be captured by the low-level explanations of the behavior of neurons and synapses. He also emerged as a prominent critic of what he characterized as the ill-grounded Darwinian and neo-Darwinian theories of natural selection.
Read more or edit on Wikipedia

What Darwin Got Wrong 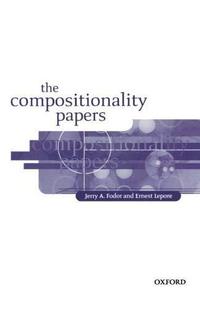 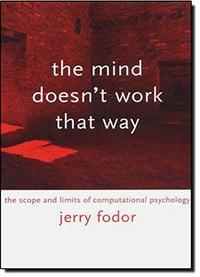 The Mind Doesn't Work That Way

The Emptiness of the Lexicon: Reflections on James Pustejovsky's The Generative Lexicon ( 1998 )