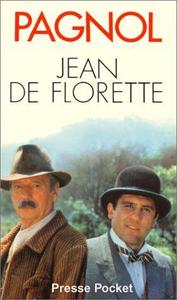 The Water of the Hills

The Water of the Hills (L'eau des Collines) is the collective name for two novels by Marcel Pagnol, Jean de Florette and Manon des Sources, both originally published in 1963 and first published in English in 1966, the latter translation under the title Manon of the Springs. The books are set in the hills of Provence near Marseille in Southern France in the early twentieth century, and together they tell a tale of deception, betrayal and revenge. Manon des Sources was a Pagnol film released in 1952 for which he had also written the original screenplay, and he subsequently developed the two novels from his own 1952 film. The books were then remade as two separate films in 1986, Jean de Florette and Manon des Sources.
Read more or edit on Wikipedia