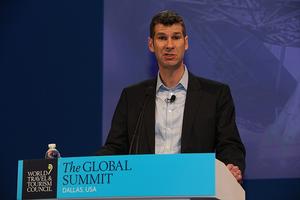 Peter Warren Singer (born 1974) is an American political scientist, an international relations scholar and a specialist on 21st century warfare. He is a New York Times bestselling author of both nonfiction and fiction, who has been described in the Wall Street Journal as “the premier futurist in the national-security environment."
Read more or edit on Wikipedia