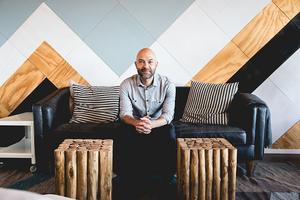 Joshua Eugene Harris is an American author and former pastor. Harris' 1997 book I Kissed Dating Goodbye, in which he laid out his ideas concerning a Biblically-based Christian approach to dating and relationships, helped shape purity culture for many Christian millennials. Harris was lead pastor of Covenant Life Church, the founding church of Sovereign Grace Ministries, in Gaithersburg, Maryland from 2004 until 2015. In 2018, Harris disavowed I Kissed Dating Goodbye and discontinued its publication. The following year, Harris announced that he was separating from his wife, had "undergone a massive shift in regard to my faith in Jesus" and was not a Christian.
Read more or edit on Wikipedia