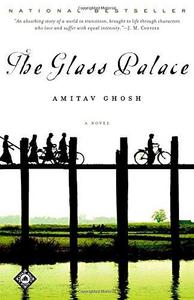 The Glass Palace is a 2000 historical novel by Indian writer Amitav Ghosh. The novel is set in Burma, Bengal, India, and Malaya, spans a century from the Third Anglo-Burmese War and the consequent fall of the Konbaung Dynasty in Mandalay, through the Second World War to late 20th century. Through the stories of a small number of privileged families, it illuminates the struggles that have shaped Burma, India and Malaya into the places they are today. It explores the various facets of the colonial period, including the economic fall of Burma, the rise of timber and rubber plantations, the moral dilemmas faced by Indians in the British Indian Army, and the devastating effects of World War II. Focusing mainly on the early 20th Century, it explores a broad range of issues ranging from the changing economic landscape of Burma and India, to pertinent questions about what constitutes a nation and how these change as society is swept along by the tide of modernity.The name of the novel derives from the Glass Palace Chronicle, which is an old Burmese historical work commissioned by King Bagyidaw in 1829.
Read more or edit on Wikipedia