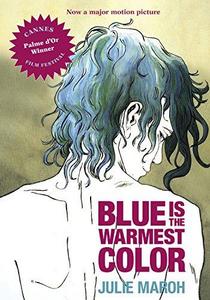 Blue Is the Warmest Color

Blue Is the Warmest Color (Le bleu est une couleur chaude, originally announced as Blue Angel) is a French graphic novel by Julie Maroh, published by Glénat in March 2010. The English-language edition was published by Arsenal Pulp Press in 2013. The novel tells a love story between two young women in France at the end of the 1990s. Abdelatif Kechiche directed a film adaptation in 2013, titled Blue Is the Warmest Colour, which was awarded the Palme d'Or at the 2013 Cannes Film Festival.
Read more or edit on Wikipedia