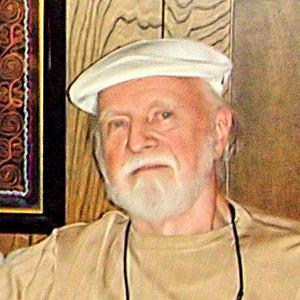 Richard Burton Matheson (February 20, 1926 – June 23, 2013) was an American author and screenwriter, primarily in the fantasy, horror, and science fiction genres. He is best known as the author of I Am Legend, a 1954 science fiction horror novel that has been adapted for the screen three times. Matheson himself was co-writer of the first film version, The Last Man on Earth, starring Vincent Price, which was released in 1964. The other two adaptations were The Omega Man, starring Charlton Heston, and I Am Legend with Will Smith. Matheson also wrote 16 television episodes of The Twilight Zone, including "Nightmare at 20,000 Feet" and "Steel", as well as several adaptations of Edgar Allan Poe stories for Roger Corman and American International Pictures – House of Usher, The Pit and the Pendulum, Tales of Terror and The Raven. He adapted his 1971 short story "Duel" as a screenplay directed by Steven Spielberg for the television film Duel that year. In addition to I Am Legend and Duel, nine more of his novels and short stories have been adapted as motion pictures: The Shrinking Man (filmed as The Incredible Shrinking Man), Hell House (filmed as The Legend of Hell House), What Dreams May Come, Bid Time Return (filmed as Somewhere in Time), A Stir of Echoes, Steel (filmed as Real Steel), and Button, Button (filmed as The Box). The movie Cold Sweat was based on his novel Ride the Nightmare, and Les seins de glace ("Icy Breasts") was based on his novel Someone is Bleeding. Both Steel and Button, Button had previously been episodes of The Twilight Zone.
Read more or edit on Wikipedia