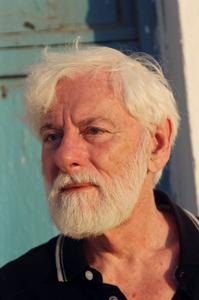 Uri Avnery (Hebrew: אורי אבנרי, also transliterated Uri Avneri; 10 September 1923 – 20 August 2018) was an Israeli writer, politician, and founder of the Gush Shalom peace movement. A member of the Irgun as a teenager, Avnery sat for two terms in the Knesset from 1965 to 1974 and from 1979 to 1981. He was also the owner of the news magazine HaOlam HaZeh from 1950 until its closure in 1993. He became known for crossing the lines during the Siege of Beirut to meet Yassir Arafat on 3 July 1982, the first time the Palestinian leader met with an Israeli. Avnery was the author of several books about the Israeli–Palestinian conflict, including 1948: A Soldier's Tale, the Bloody Road to Jerusalem (2008); Israel's Vicious Circle (2008); and My Friend, the Enemy (1986).
Read more or edit on Wikipedia

The Politics of Anti-Semitism