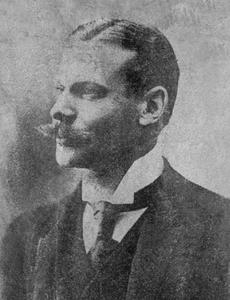 André Siegfried (April 21, 1875 – March 28, 1959) was a French academic, geographer and political writer best known to English speakers for his commentaries on American, Canadian, and British politics. He was born in Le Havre, France, to Jules Siegfried, the French minister of commerce, and Julie Siegfried, the president of the National Council of French Women. A few months after the liberation of France in mid-1944, he was elected to the Académie française, taking the vacant seat of Gabriel Hanotaux (who had been elected in 1897). He died in Paris in March 1959.
Read more or edit on Wikipedia