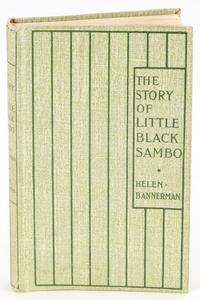 The Story of Little Black Sambo

The Story of Little Black Sambo is a children's book written and illustrated by Scottish author Helen Bannerman and published by Grant Richards in October 1899. As one in a series of small-format books called The Dumpy Books for Children, the story was a children's favourite for more than half a century. Critics of the time observed that Bannerman presents one of the first Black heroes in children's literature and regarded the book as positively portraying Black characters in both the text and pictures, especially in comparison to the more negative books of that era that depicted Blacks as simple and uncivilised. However, it became an object of allegations of racism in the mid-20th century, due to the names of the characters being racial slurs for dark-skinned people, and the fact the illustrations were, as Langston Hughes put it, in the pickaninny style. Both text and illustrations have since undergone considerable revisions.
Read more or edit on Wikipedia