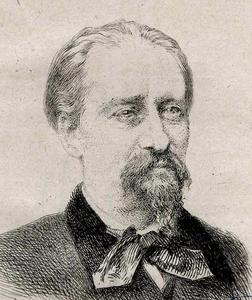 Paul Emmanuel Auguste Poulet-Malassis (March 16, 1825 – February 11, 1878) was a French printer and publisher who lived and worked in Paris. He was a longstanding friend and the printer-publisher of Charles Baudelaire.
Read more or edit on Wikipedia