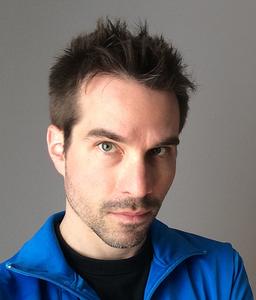 Martin Villeneuve (French: [maʁtɛ̃ vilnœv]; born March 13, 1978) is a Canadian screenwriter, producer, director, actor, and art director. He is known for the Imelda Trilogy of short films, in which he portrays his own grandmother. He was nominated at the Canadian Screen Award (formerly Genie Award) in 2013 for Best Adapted Screenplay, for Mars et Avril, his feature film debut, and Quebec's first true science fiction movie. Villeneuve is the first (and so far, the only), TED speaker to come out of Quebec. He has also worked for Cirque du Soleil as an artistic director for commercials and film.
Read more or edit on Wikipedia