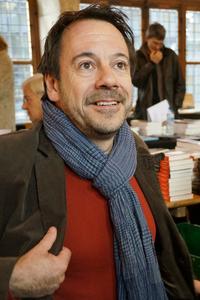 Michel Bussi (French pronunciation: ​[miʃɛl bysi]; born (1965-04-29)29 April 1965) is a French author, known for writing thriller novels, and a political analyst and Professor of Geography at the University of Rouen, where he leads a Public Scientific and Technical Research Establishment (French: Unité mixte de recherche, "UMR") in the French National Centre for Scientific Research (French: Centre national de la recherche scientifique, "CNRS"), where he is a specialist in electoral geography. According to the Le Figaro/GfK list of bestsellers, Bussi was the second bestselling French author of 2018, selling 975,800 copies. He has appeared in the annual top 10 since 2013.
Read more or edit on Wikipedia