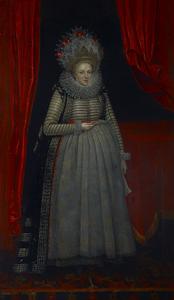 Elizabeth Cary, Viscountess Falkland (née Tanfield; 1585–1639), was an English poet, dramatist, translator, and historian. She is the first woman known to have written and published an original play in English: The Tragedy of Mariam. From an early age, she was recognized as an accomplished scholar by writers of her time.
Read more or edit on Wikipedia 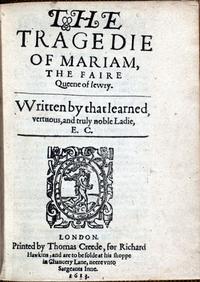 The Tragedy of Mariam