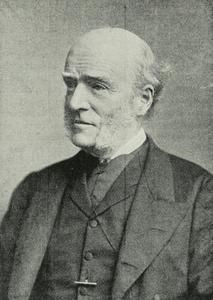 Thomas Hughes (20 October 1822 – 22 March 1896) was an English lawyer, judge, politician and author. He is most famous for his novel Tom Brown's School Days (1857), a semi-autobiographical work set at Rugby School, which Hughes had attended. It had a lesser-known sequel, Tom Brown at Oxford (1861). Hughes had numerous other interests, in particular as a Member of Parliament, in the British co-operative movement, and in a settlement in Tennessee, USA, reflecting his values.
Read more or edit on Wikipedia