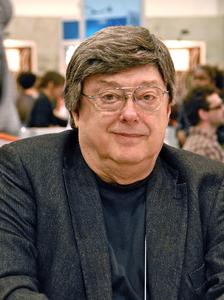 Normand Lester (born July 10, 1945) is an investigative journalist from Quebec. Though he built his reputation through investigations of the Canadian Security Intelligence Service (CSIS), the Royal Canadian Mounted Police (RCMP) and the Canadian Forces, he is best known for the controversy created in Canada after the publication of his book Le Livre noir du Canada anglais ("The Black Book of English Canada") in 2005.
Read more or edit on Wikipedia