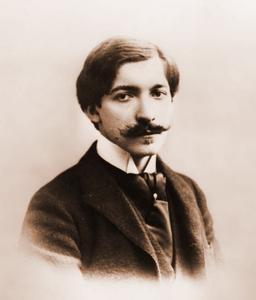 Pierre Louÿs (French: [pjɛʁ lu.is]; 10 December 1870 – 4 June 1925) was a French poet and writer, most renowned for lesbian and classical themes in some of his writings. He is known as a writer who sought to "express pagan sensuality with stylistic perfection". He was made first a Chevalier and then an Officer of the Légion d'honneur for his contributions to French literature.
Read more or edit on Wikipedia