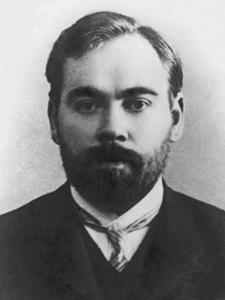 Alexander Aleksandrovich Bogdanov (Russian: Алекса́ндр Алекса́ндрович Богда́нов; 22 August 1873 [O.S. 10 August] – 7 April 1928), born Alexander Malinovsky, was a Russian and later Soviet physician, philosopher, science fiction writer, and revolutionary. He was a key figure in the early history of the Russian Social Democratic Labor Party (RSDLP, later the Communist Party of the Soviet Union [CPSU]), originally established 1898, and of its Bolshevik faction. Bogdanov co-founded the Bolsheviks in 1903, when they split with the Menshevik faction. He was a rival within the Bolsheviks to Vladimir Lenin (1870-1924), until being expelled in 1909. Following the Russian Revolutions of 1917, when the Bolsheviks came to power in the collapsing Russian Republic, during the first decade of the subsequent Soviet Union in the 1920s, he was an influential opponent of the Bolshevik government and Lenin from a Marxist leftist perspective. Bogdanov received training in medicine and psychiatry. His wide scientific and medical interests ranged from the universal systems theory to the possibility of human rejuvenation through blood transfusion. He invented an original philosophy called "tectology", now regarded as a forerunner of systems theory. He was also an economist, culture theorist, science fiction writer, and political activist. He was one of the Russian Machists.
Read more or edit on Wikipedia 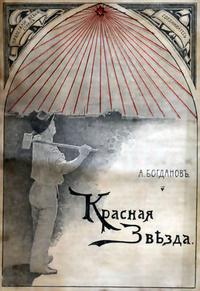 Studies in the Philosophy of Marxism