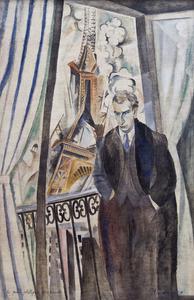 Philippe Soupault (2 August 1897 – 12 March 1990) was a French writer and poet, novelist, critic, and political activist. He was active in Dadaism and later was instrumental in founding the Surrealist movement with André Breton. Soupault initiated the periodical Littérature together with writers Breton and Louis Aragon in Paris in 1919, which, for many, marks the beginnings of Surrealism. The first book of automatic writing, Les Champs magnétiques (1920), was co-authored by Soupault and Breton.
Read more or edit on Wikipedia