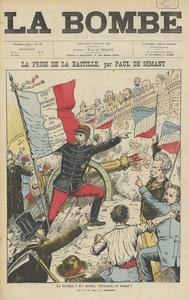 Paul de Sémant (1855–1915), whose real name was Paul Cousturier, was a French author and illustrator of children's books. He was one of the illustrators of the books written by Émile Driant under the pen name of "Danrit". He also published political cartoons and illustrated books by Théodore Cahu and others.
Read more or edit on Wikipedia