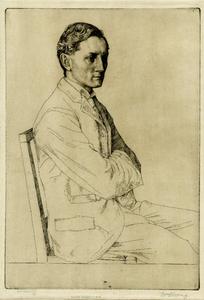 Sir Henry John Newbolt, CH (6 June 1862 – 19 April 1938) was an English poet, novelist and historian. He also had a role as a government adviser with regard to the study of English in England. He is perhaps best remembered for his poems "Vitaï Lampada" and "Drake's Drum".
Read more or edit on Wikipedia