Richard Platt (born 15 April 1953) is a British writer of nonfiction and information books and multimedia works, primarily for children. Platt was born in Northumberland, England. He started writing when aged 27 with how-to articles and books about photography. By 1992 he had begun writing non-fiction books for children, initially collaborating with Stephen Biesty in a successful series that capitalized on the illustrator's facility for cross-sectional drawings. Since then, Richard Platt has gone on to complete some 100 books for UK publishers Oxford University Press, Kingfisher, Dorling Kindersley and Walker Books (Candlewick Press in the U.S.). Most have been for children and young people, though he also writes books for adults on maritime themes, especially smuggling.
Read more or edit on Wikipedia 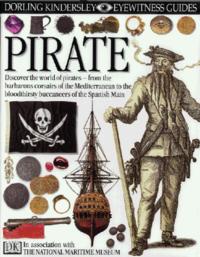