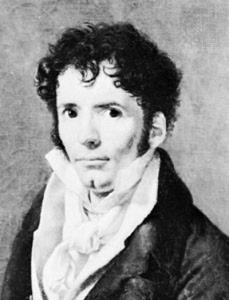 Sébastien-Roch Nicolas, known in his adult life as Nicolas Chamfort and as Sébastien Nicolas de Chamfort (French: [ʃɑ̃fɔʁ]; 6 April 1741 – 13 April 1794), was a French writer, best known for his epigrams and aphorisms. He was secretary to Louis XVI's sister, and of the Jacobin club.
Read more or edit on Wikipedia