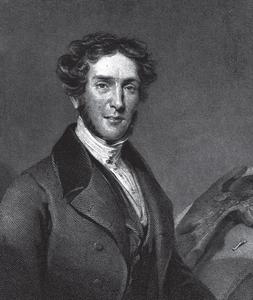 Gideon Algernon Mantell MRCS FRS (3 February 1790 – 10 November 1852) was an English obstetrician, geologist and palaeontologist. His attempts to reconstruct the structure and life of Iguanodon began the scientific study of dinosaurs: in 1822 he was responsible for the discovery (and the eventual identification) of the first fossil teeth, and later much of the skeleton, of Iguanodon. Mantell's work on the Cretaceous of southern England was also important.
Read more or edit on Wikipedia 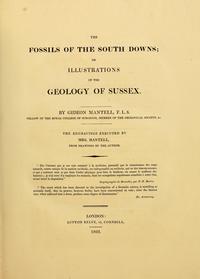 The Fossils of the South Downs

Notice on the Iguanodon, a Newly Discovered Fossil Reptile, from the Sandstone of Tilgate Forest, in Sussex ( 1825 )

On the Remains of Man, and Works of Art Imbedded in Rocks and Strata, as Illustrative of the Connexion Between Archæology and Geology ( 1850 )

VII.—Notes of a microscopical examination of the chalk and flint of the South-east of England; with remarks on the animalculites of certain tertiary and modern deposits ( 1845 )