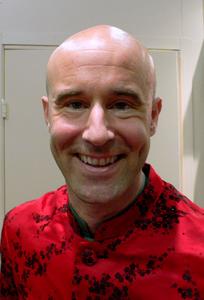 Mark Levengood, (born 10 July 1964 in Lejeune Base Camp, North Carolina, in the United States), is a Finnish journalist, writer, and television host who is working in Sweden. He is a Swedish-speaking Finn who grew up in Helsinki. He is the husband of Jonas Gardell. They have one child each, a boy, who is Gardell’s biological child, and a girl, who is Levengood’s child. Levengood was born to an American father and a Sweden-Finnish mother.Amongst other shows he has hosted Melodifestivalen.
Read more or edit on Wikipedia