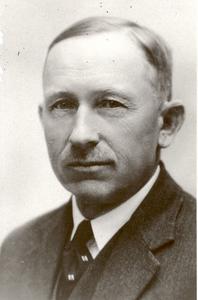 Anton Hansen (30 January 1878 – 1 March 1940), better known by his pseudonym A. H. Tammsaare and its variants, was an Estonian writer whose pentalogy Truth and Justice (Tõde ja õigus; 1926–1933) is considered one of the major works of Estonian literature and "The Estonian Novel".
Read more or edit on Wikipedia