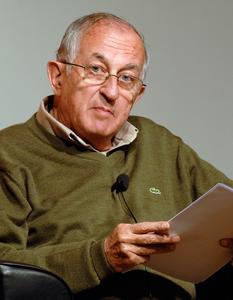 Juan Goytisolo Gay (6 January 1931 – 4 June 2017) was a Spanish poet, essayist, and novelist. He lived in Marrakesh from 1997 until his death in 2017. He was considered Spain's greatest living writer at the beginning of the 21st century, yet he had lived abroad since the 1950s. On 24 November 2014 he was awarded the Cervantes Prize, the most prestigious literary award in the Spanish-speaking world.
Read more or edit on Wikipedia