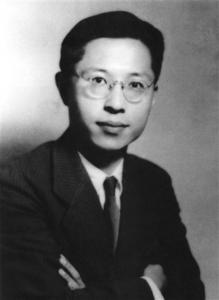 Cao Yu(Chinese: 曹禺; Wade–Giles: Tsʻao Yü, September 24, 1910—December 13, 1996) was a Chinese playwright, often regarded as one of the China's most important of the 20th century. His best-known works are Thunderstorm (1933), Sunrise (1936) and Peking Man (1940). It is largely through the efforts of Cao Yu that the modern Chinese "spoken theatre" took root in 20th century Chinese literature. Cao Yu was the pseudonym, the birth name was Wan Jiabao. The pseudonym “曹禺 (Cao Yu)” was originated from his surname "萬 (wan)." He dismantled the character down to Chinese radical "艹 (cao, 'grass')" and "禺 (yu)." Since the character "艹" could not be used as a surname, he chose the homophonic character "曹 (cao)" as the substitution and combined the two character to form "曹禺." Cao Yu was the president of China's Premier Modern Drama Theatre, the chairman of the China Theatre Association (1968-1998) and established the Beijing People's Art Theatre in 1952.Cao Yu is regarded as the paramount playwright of modern Chinese drama, "enthroned as China's Shakespeare" according to The Columbia Anthology of Modern Chinese Drama.
Read more or edit on Wikipedia 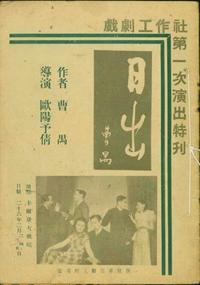 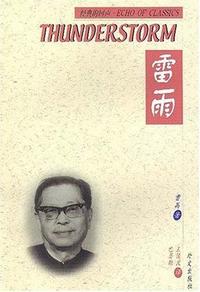