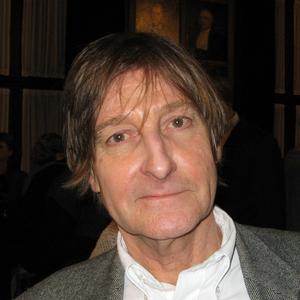 Willem Theodoor "Wim T." Schippers (Dutch: [ʋɪm teː ˈsxɪpərs]; born 1 July 1942) is a Dutch artist, comedian, television director, and voice actor. During the 1960s, he worked mostly as a visual artist, associated with the international Fluxus-movement. As a television writer, director, and actor he is responsible for some of the most notable and controversial shows on Dutch televisions from the 1960s to the 1990s, creating a number of lasting characters and enriching the language with terms and expressions first coined in his shows. In addition, he voiced the characters of Ernie and Kermit the Frog on the Dutch version of Sesame Street. For his shows, he has written over three hundred songs, and his reputation has changed from being Dutch television's "enfant terrible" to an acknowledged master in a variety of genres.
Read more or edit on Wikipedia