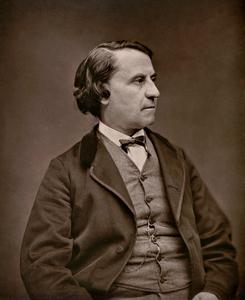 Louis Jean Joseph Charles Blanc (; French: [blɑ̃]; 29 October 1811 – 6 December 1882) was a French politician and historian. A socialist who favored reforms, he called for the creation of cooperatives in order to guarantee employment for the urban poor. Although Blanc's ideas of the workers' cooperatives were never realized, his political and social ideas greatly contributed to the development of socialism in France. He wanted the government to encourage co-operatives and replace capitalist enterprises. These co-operatives were to be associations of people who produced together and divided the profit accordingly. Following the Revolution of 1848, Blanc became a member of the provisional government and began advocating for cooperatives which would be initially aided by the government but ultimately controlled by the workers themselves. Blanc's advocacy failed and, caught between radical worker tendencies and the National Guard, he was forced into exile. Blanc returned to France in 1870, shortly before the conclusion of the Franco-Prussian war and served as a member of the National Assembly. While he did not support the Paris Commune, Blanc successfully proposed amnesty to the Communards.
Read more or edit on Wikipedia