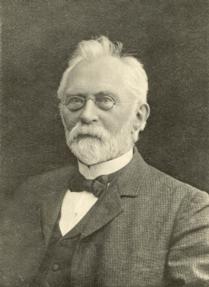 Johannes Eugenius Bülow Warming (3 November 1841 – 2 April 1924), known as Eugen Warming, was a Danish botanist and a main founding figure of the scientific discipline of ecology. Warming wrote the first textbook (1895) on plant ecology, taught the first university course in ecology and gave the concept its meaning and content. Scholar R. J. Goodland wrote in 1975: “If one individual can be singled out to be honoured as the founder of ecology, Warming should gain precedence”.Warming wrote a number of textbooks on botany, plant geography and ecology, which were translated to several languages and were immensely influential at their time and later. Most important were Plantesamfund and Haandbog i den systematiske Botanik.
Read more or edit on Wikipedia