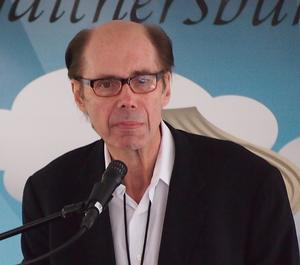 Jeffery Deaver (born May 6, 1950) is an American mystery and crime writer. He has a bachelor of journalism degree from the University of Missouri and a J.D. degree from Fordham University and originally started working as a journalist. He later practiced law before embarking on a career as a novelist. He has been awarded the Steel Dagger and Short Story Dagger from the British Crime Writers' Association and the Nero Wolfe Award, and he is a three-time recipient of the Ellery Queen Reader's Award for Best Short Story of the Year and a winner of the British Thumping Good Read Award. His novels have appeared on bestseller lists around the world, including The New York Times, The Times, Italy's Corriere della Sera, The Sydney Morning Herald, and The Los Angeles Times.
Read more or edit on Wikipedia