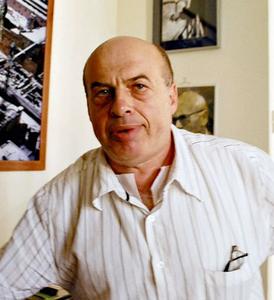 Natan Sharansky (Hebrew: נתן שרנסקי; Russian: Ната́н Щара́нский; Ukrainian: Натан Щаранський), born Anatoly Borisovich Shcharansky, is an Israeli politician, human rights activist, and author who, as a refusenik in the Soviet Union during the 1970s and 1980s, spent nine years in Soviet prisons. He served as Chairman of the Executive for the Jewish Agency from June 2009 to August 2018. Sharansky currently serves as chairman for the Institute for the Study of Global Antisemitism and Policy (ISGAP), an American non-partisan organization.
Read more or edit on Wikipedia